As readers of this blog might know I love watching TED Talks and the one below is on a very interesting topic. Should nations pursue “Hard power” or “Soft power”?

Hard power being military might and soft power being more to with cultural qualities. The idea of a nation (or organisation or individual) succeeding via soft power is appealing idea but in reality there usually has to be balance of both soft and hard power to truly succeed.

Certainly America, the de facto number one superpower (for now anyway), has massive cultural influence across the world but of course also boasts a huge military force  that few other nations can match…

Can India join the ranks of the super power? Based on my recent visits there is still a lot of work to do. The spread of wealth is pretty extreme and infrastructure still needs massive improvement. There are also numerous social challenges that India needs to face up to before it can fully emerge as a global leader.

However I did see a lot that impressed me and it’s heartening to see the world’s largest democracy moving in the right direction.

As for soft power trumping hard power? I think it’s a great ideal and Shashi Tharoor makes a compelling argument.

Sure, some might think of it as an idealistic dream but great things always start the same way!

We have to dream it first!

Here’s the official synopsis – you can watch the video below:

India is fast becoming a superpower, says Shashi Tharoor — not just through trade and politics, but through “soft” power, its ability to share its culture with the world through food, music, technology, Bollywood. He argues that in the long run it’s not the size of the army that matters as much as a country’s ability to influence the world’s hearts and minds. 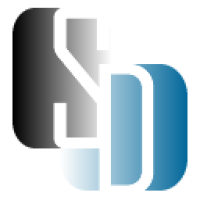